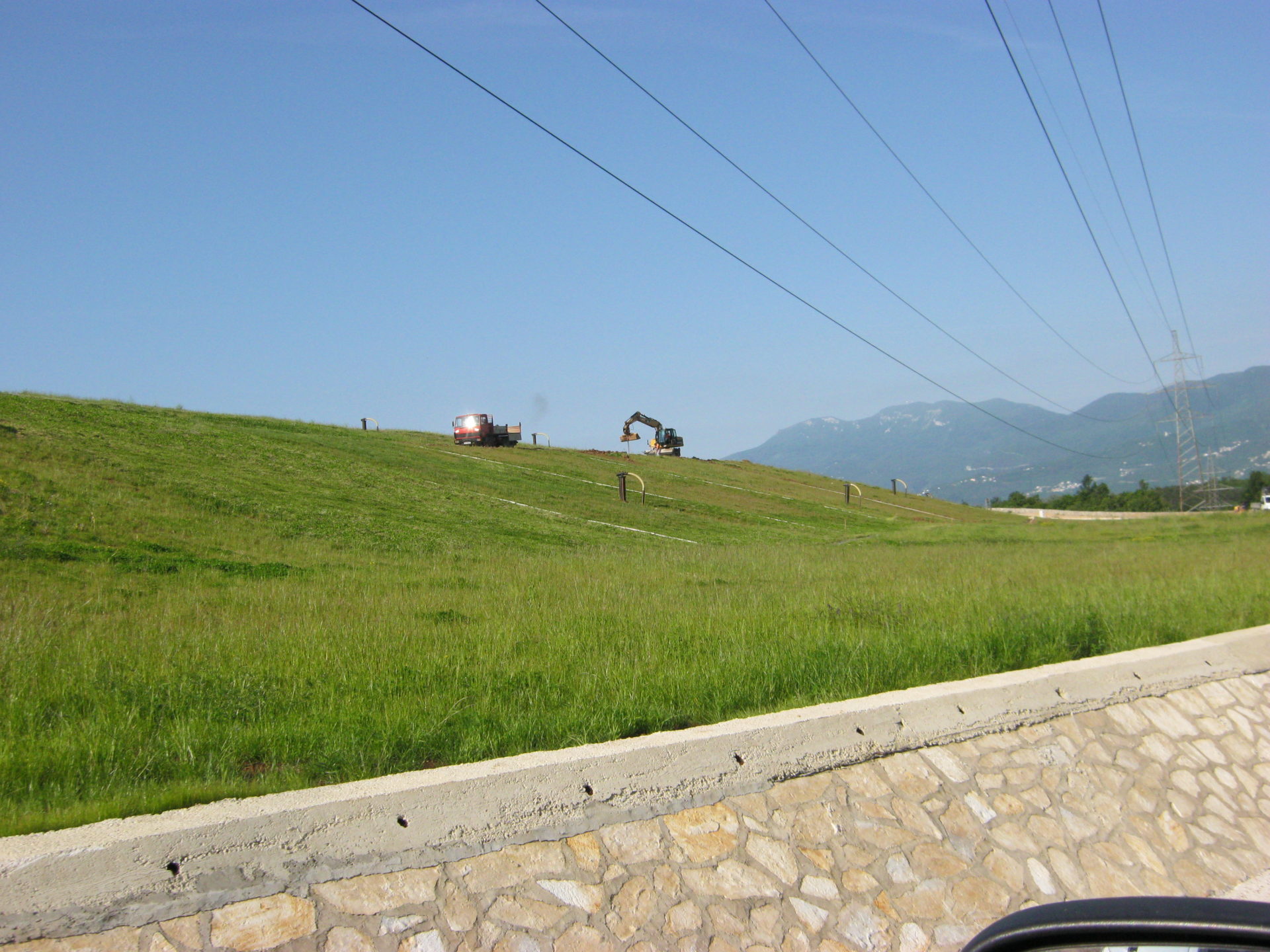 In 2017, UC Čistoća Rijeka put into commission a landfill gas-to-electricity production plant at the remediated site of the former municipal waste landfill Viševac.

The remediated Viševac landfill used to be a deep sinkhole that was used for the disposal of municipal waste in the period from 1964 to the end of 2011. During that period, approximately 2 million cubic meters of waste were disposed of there.

After waste disposal activities were suspended, intensive remediation operations started, co-financed by the City of Rijeka and the towns and municipalities of Rijeka’s metropolitan area together with the Environmental Protection and Energy Efficiency Fund. The remediation was carried out as follows: an impermeable seal cover was laid over the landfill, on which a layer of soil was applied, and the entire surface was landscaped and grassed over; an air quality and ambient noise monitoring station was built, together with a fire road and a protective fence around the site. Furthermore, a leachate collection and removal system was constructed, and 52 gas extraction wells were drilled over the entire surface of the Viševac landfill for the safe capturing of landfill gas, which was then conveyed to the gas combustion plant with two gas flares. Based on the quantity of landfill gas disposed on these flares, the possibility of landfill gas energy utilization for electricity generation and further reduction of its impact on the environment was considered.

The fact is that the decomposition of the organic component in municipal landfills creates landfill gas whose most important ingredient is methane. One of the most effective ways to reduce its impact on the environment is to reduce gas emissions by flaring, or, as in this case, by using it to produce electricity.

This use of landfill gas, which would otherwise be flared, reduces landfill gas emissions and achieves energy efficiency since landfill gas is used in electricity generation. Also, the Landfill Gas-to-Electricity Production Plant Project has positive effects on the environment and the living conditions of the local population. The plant has a capacity of 1.2 MW.

The project for the construction of the Landfill Gas-to-Electricity Production Plant is in line with the European initiative of the Covenant of Mayors, initiated by the European Commission and signed by the City of Rijeka, which commits to taking additional measures to increase energy efficiency and sustainable development, thus leading to climate preservation, i.e., reducing climate change to a minimum.